What is the difference between a supervisor, manager and administrator. What does each role represent

Agendrix offers your four different access level that you can give your employees. Each level gives you a way to personalize the structure of your account. Except for the Administrator level which is de facto assigned to all locations, each employee can have a different role per location. You can edit the role of each employee in their profile ️ "Roles and positions" tab.

Note that you can have as many employees in each role as you like, there is not limit. You cannot customize the features granted by each role 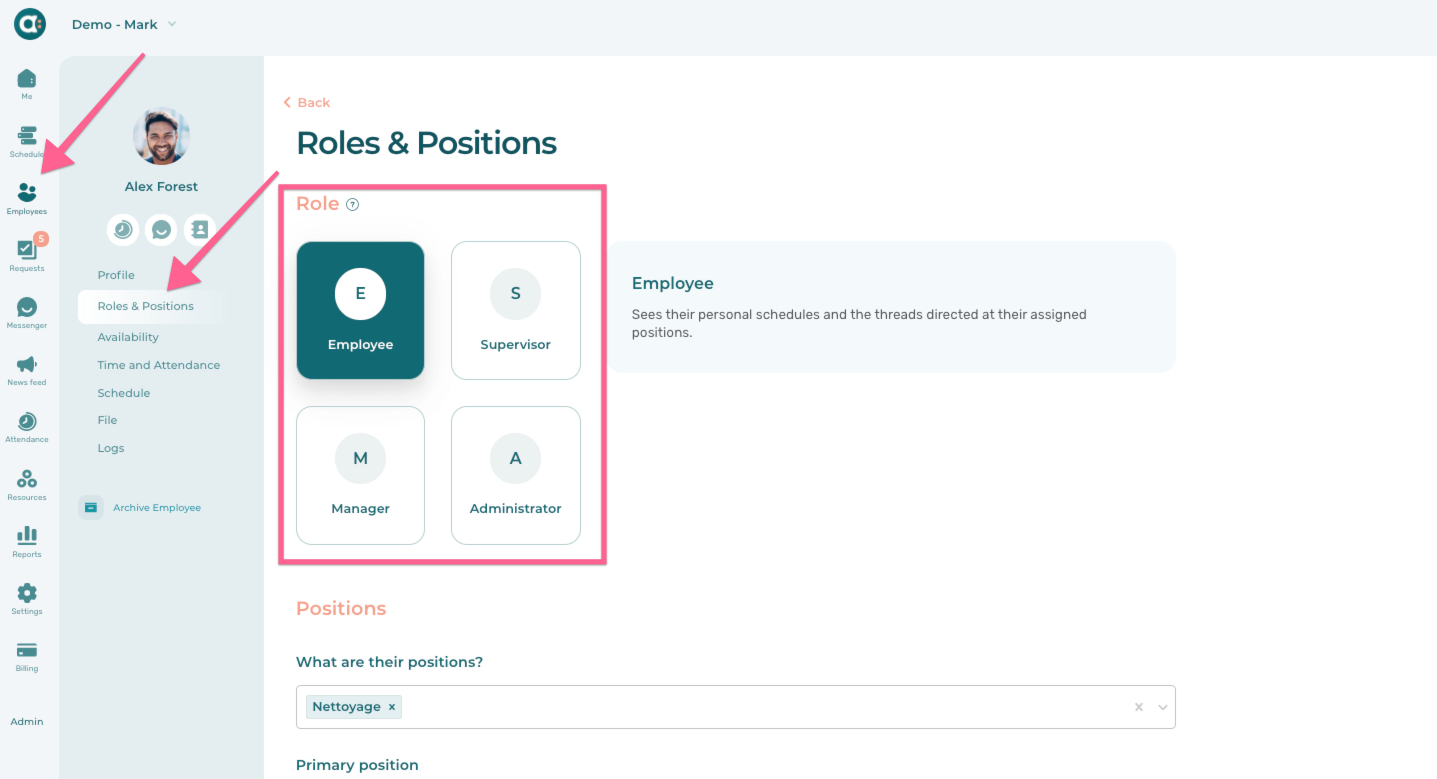 To change a member's role, you must go under roles and positions

A Manager has the same access as an Administrator except:

A Supervisor has the same access as a Manager except:

To create a supervisor, you must also select the positions that are supervised

An Employee does not have access to any management feature. In a glimpse, here is what he can do:

Did this answer your question?